The Transatlantic Trade and Investment Partnership (TTIP): Opportunities for the Cali-Baja Region 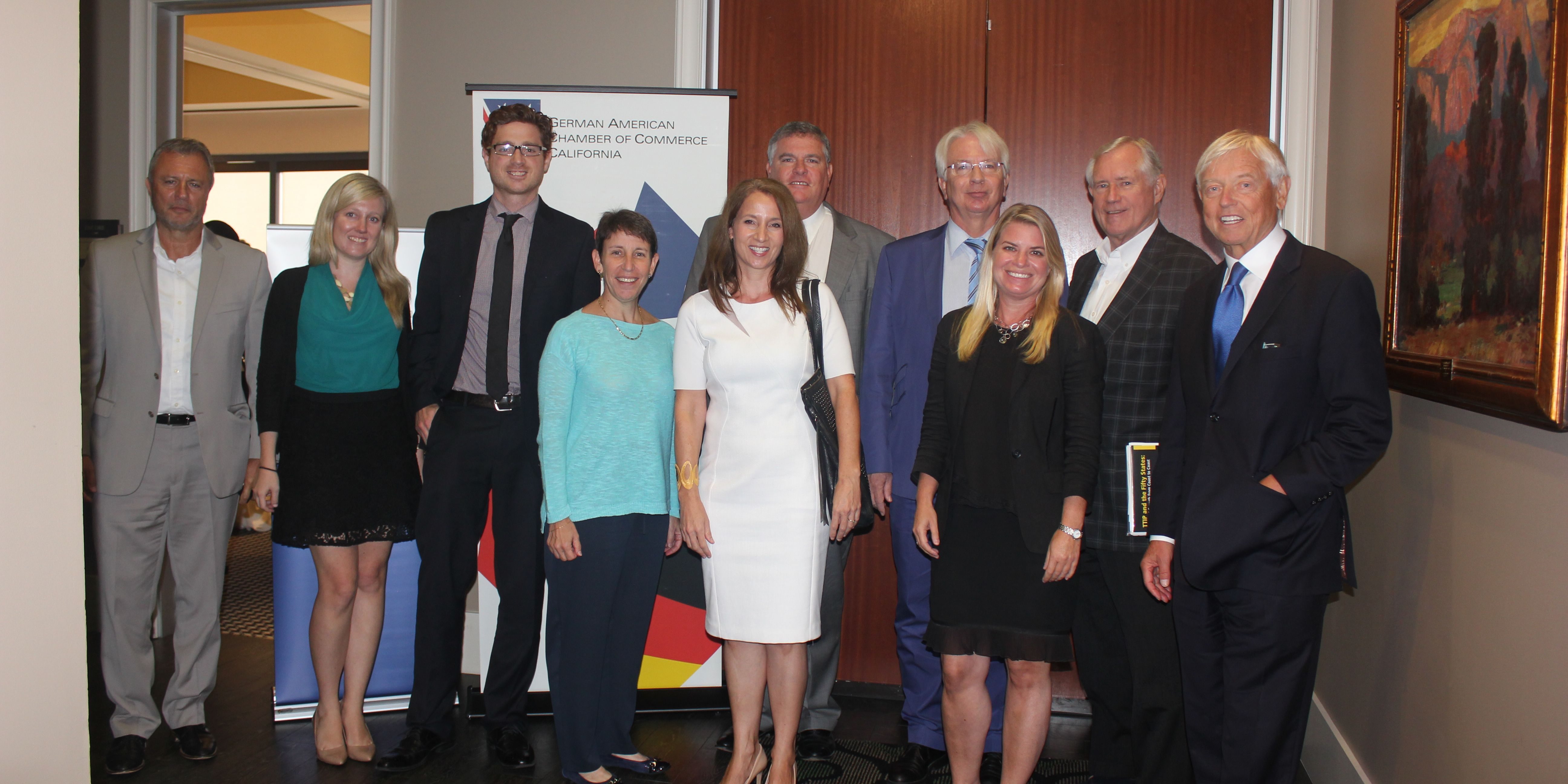 The United States is currently pursuing an ambitious trade agenda that could result in significant gains for the American economy. Key to that agenda is the Transatlantic Trade and Investment Partnership (TTIP), a free trade agreement being negotiated with the European Union. Comprehensive in scope, TTIP aims to reduce or eliminate tariffs and non-tariff barriers to trade and integrate two of the world’s largest markets. What impact will TTIP have on businesses in San Diego and across California? How can TTIP facilitate closer economic cooperation in the Cali-Baja region?

Peggy Fleming, President of the German American Chamber of Commerce California during her welcoming remarks emphasized the importance of TTIP as a significant opportunity in the development of U.S. and European Union trade relations. Ms. Fleming noted that “TTIP is a logical next step for coming full circle after the groundwork was laid with the General Agreement of Tariffs and Trade (GATT) nearly 70 years ago.”

Bob Watkins, Chair of Cali-Baja Megaregion, in his remarks underscored the significance of TTIP. “The update on TTIP by the Bertelsmann Foundation is timely and needed in order to support its passing by Congress. TTIP is our future in trade with the European Union.”

According to the study “ TTIP and the Fifty States: Jobs and Growth from Coast to Coast” published jointly by the British Embassy, the Bertelsmann Foundation, and the Atlantic Council “TTIP could result in an increase of California exports into the European Union by 26.2% and could lead to the creation of a boost in net employment by approximately 75,340 new jobs. Top industry sectors leading the export increase in California – motor vehicles (+$3.3 billion), chemicals (+$3.2 billion), electrical machinery (+$2.2 billion) as well as metals and metal products (+$1.3 billion).”

The speakers explained in detail why TTIP would facilitate economic growth for both transatlantic partners. The roundtable event created an environment where participants from across Southern California and Mexico felt comfortable engaging in a lively discussion with the speakers presenting their viewpoints on TTIP, the benefits and risks as well as its’ potential to pass the legislative requirements on both sides of the Atlantic. An additional geographical component was frequently cited regarding San Diego’s close proximity to Mexico; specifically the impact TTIP will have on U.S.-Mexico trade relations.

Given the importance of TTIP as well as the excellent dialogue exchange between the speakers and those in attendance this event established the beginning of an ongoing collaboration and vital points of contact for information on TTIP. For further information on the event or TTIP, please contact Peggy Fleming at pfleming@gaccca.org or Katrien Maes at katrienmaes@katrienmaesinternational.com

*This event was made possible thanks to the generous funding by the European Commission and the Delegation of the European Union to the United States.