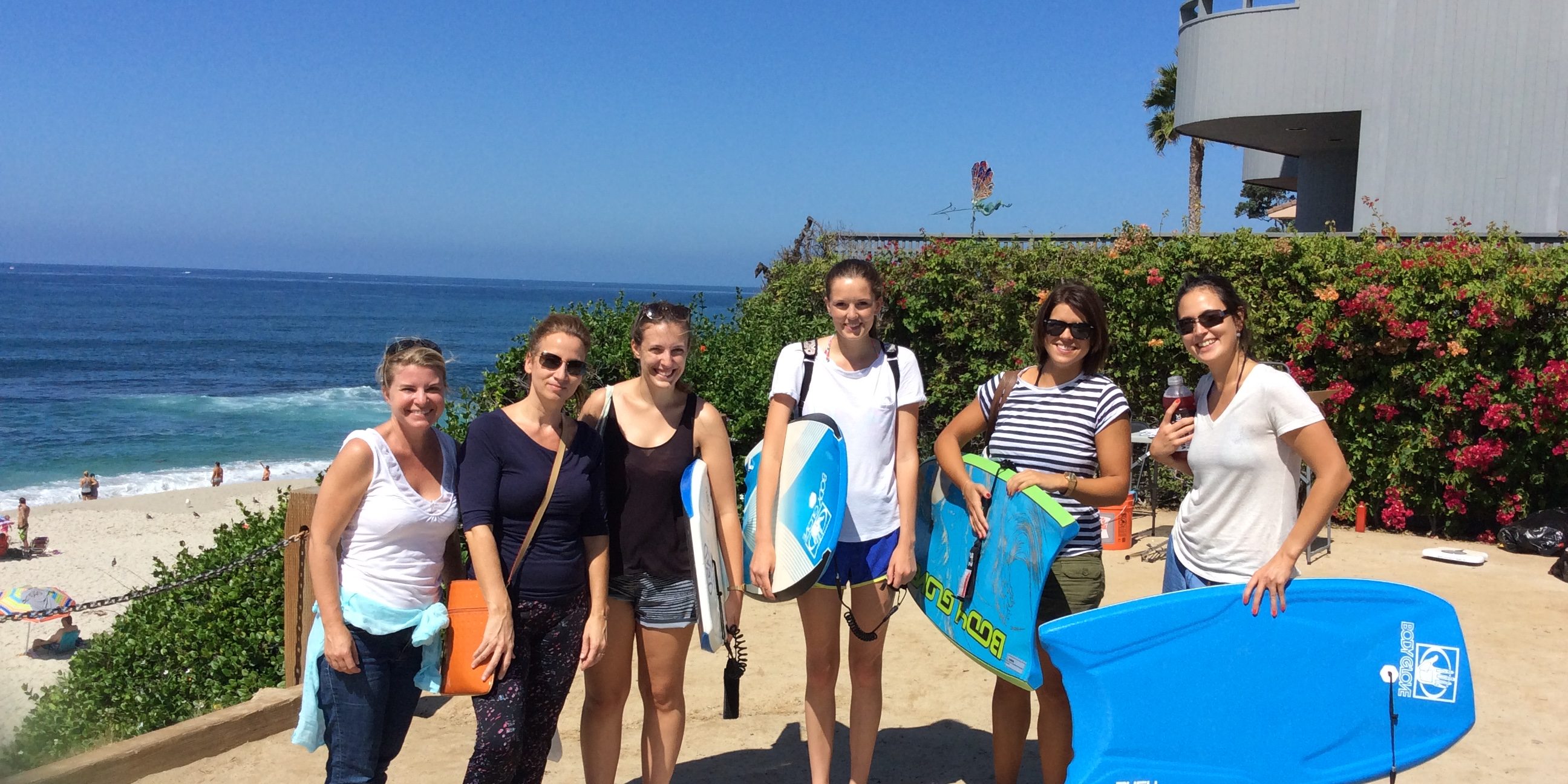 On September 19th, 2015 GACC California invited all participants of the J-1 exchange visitor program to join at beautiful Windansea Beach in San Diego for the International Coastal Cleanup. Every year, on the third Saturday in September, people come together at sites all over California to take part in State’s largest volunteer event. In 2014, in California alone, nearly 67,000 volunteers removed more than 1,190,000 pounds of trash and recyclables from California’s beaches, lakes, and waterways. This year’s event however was not limited to California. In fact, more than 91 countries participated.

Among the San Diego volunteers were many exchange students from foreign countries such as Germany and Switzerland who are here on programs of German American Chamber of Commerce California and the Amity Institute. The students were actively engaged in collecting trash and thus contributing to the conservation of our ocean.

Why are beach Cleanups important? Vast amounts of plastic debris litter the world’s oceans causing all manner of harm, and most of this debris comes from land. Trash travels – via inland waterways, storm drains, sewers, and on the wind, and eventually ends up on the coast. If not removed, this debris will end up in the ocean. Beach cleanups are a last line of defense – to prevent debris from causing harm to the oceans, to wildlife, to the coastal economies, and even to beach-goers. The International Coastal Cleanup, organized by the Ocean Conservancy, and is an inspiring reminder of what can be achieved when people come together for a common effort. Source: California Coastal Commission.

The initiative is also supported by the U.S. Department of State which hosted the first “Our Ocean” Conference in Washington, D.C. in 2014. Individuals, experts, practitioners, advocates, lawmakers, and the international ocean and foreign policy communities from nearly 90 countries were brought together to gather lessons learned, share the best science, offer unique perspectives, and demonstrate effective actions. Themes of the two day conference included sustainable fisheries, marine pollution, and ocean acidification. Chile will host the second “Our Ocean” conference in Valparaíso from October 5-6, 2015.