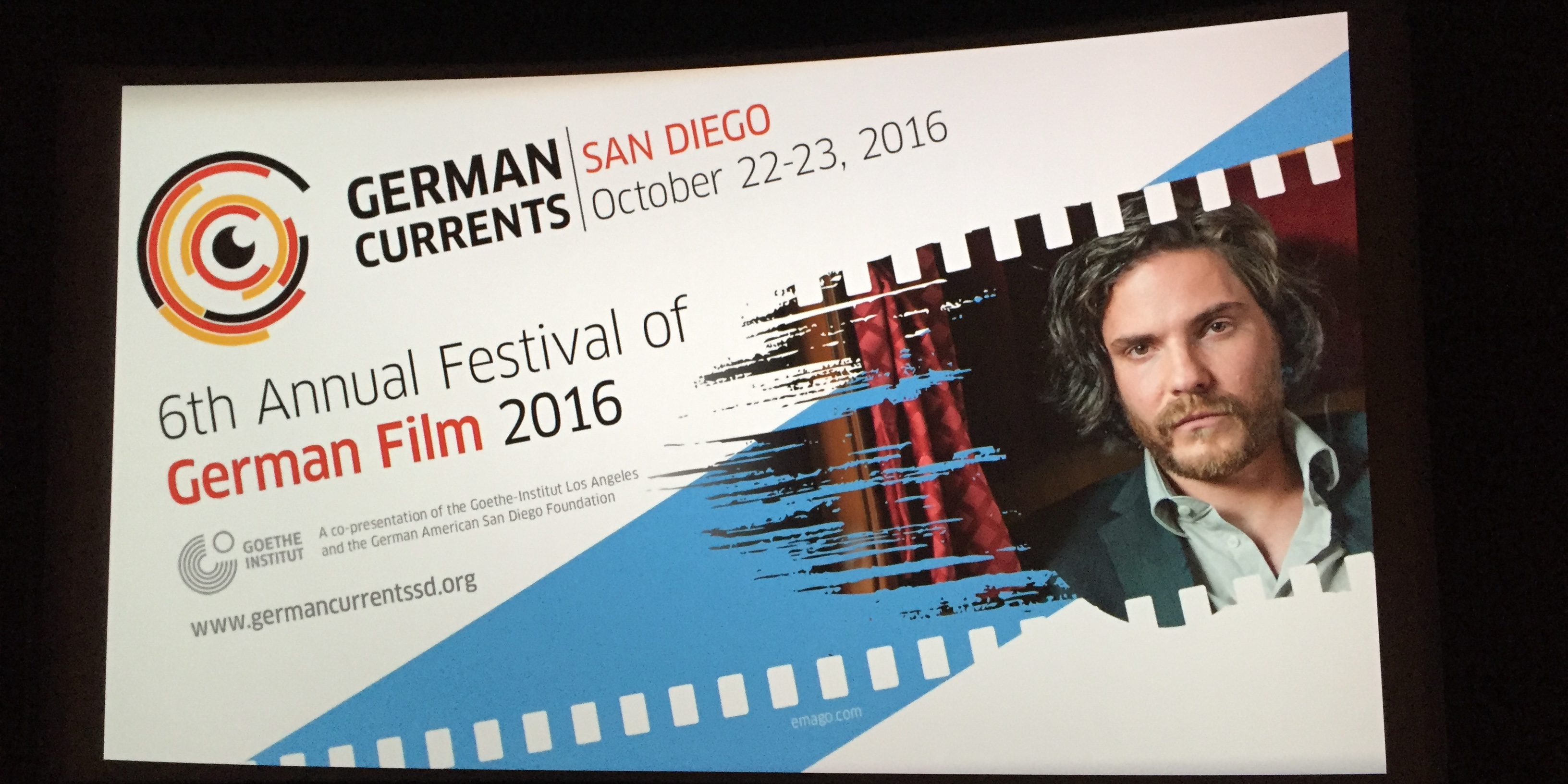 The 6th annual Festival or German Film, organized by the German American San Diego Foundation in association with the Honorary Consul for Germany, and the Goethe Institute, took place at beautiful Balboa Park. The festival promotes the German culture by showing selected film masterpieces in the German language, attracting both German and American film enthusiasts.

Once again, this year’s German Currents San Diego had many renowned sponsors, such as Condor, Bosch, American Council on Germany, or Perleberg Health Research Consulting, amongst others. The German American Chamber of Commerce California was also one of the proud event sponsors.

During the festival, which was running from Saturday, October 22, through Sunday, October 23, five selected German films with English subtitles were shown. Members of GACC California attended the Opening Gala on Saturday night, starting off with a merry reception on the rooftop. Afterwards, Ich und Kaminski (Me and Kaminski), a “tragically comedic” movie about the failing journalist (Daniel Bruehl) and blind painter Manuel Kaminski, was screened at the movie theater at the San Diego Natural History Museum (theNAT), followed by an interesting Q&A with director and screenwriter Wolfgang Becker. The film was nominated for this year’s German Film Awards and received an award for Best Cinematography, inter alia. The guests then gathered in the entrance hall of theNAT for a savoury buffet, music, and networking.

Films that were also shown during the weekend: Heidi; Offline – Das Leben ist kein Bonuslevel (Offline – Are you ready for the next level?); 24 Wochen (24 Weeks); and Ich bin dann mal weg (I’m off then: Losing and Finding Myself on the Camino de Santiago). These were screened at the Museum of Photographic Arts (MOPA) in Balboa Park. Families, individuals, and school classes came to watch these movies on Sunday.

GACC California also grasped at the opportunity and made this a cultural event. Together with J-1 Programs Participants currently interning at companies here in San Diego, members of GACC California watched the film Ich bin dann mal weg (I am off then: Losing and Finding Myself on the Camino de Santiago), which is based on the book by German comedian Hape Kerkeling. An entertaining, thought-provoking plot encouraged everyone to not just rush through life, but slow down every once in awhile – a nice reminder and finishing touch to this year’s Festival of German Film.