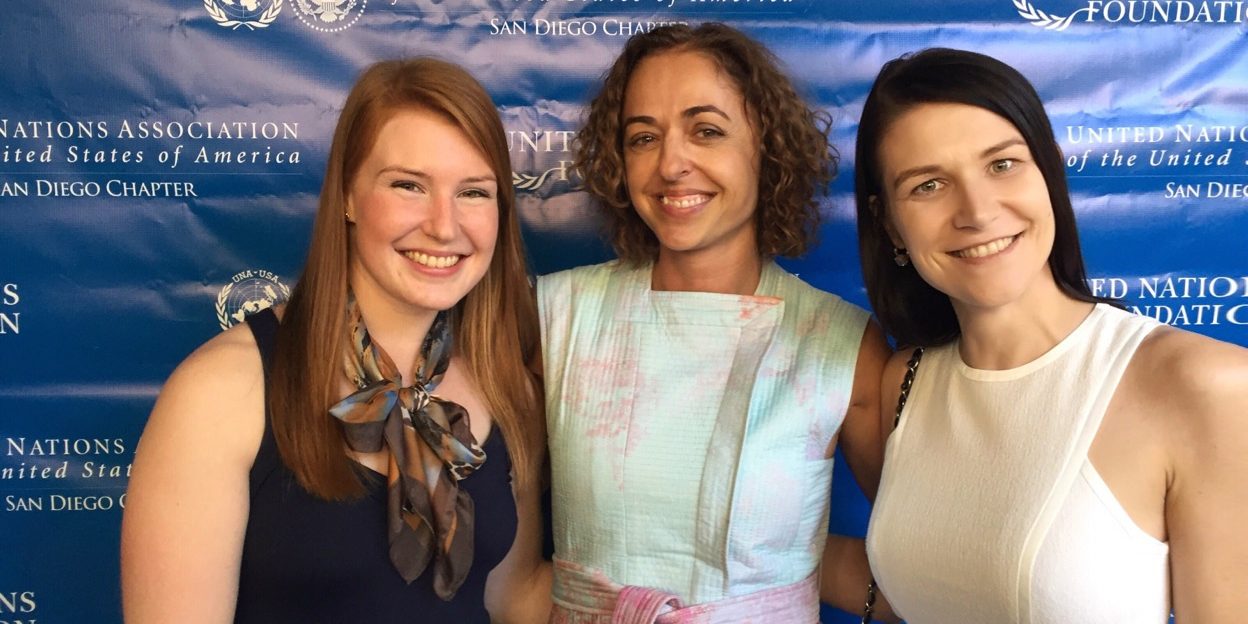 On Saturday, October 22, United Nations Association USA San Diego celebrated their 70th Chapter Anniversary as well as UN Day with a luncheon at Prado Ballroom in Balboa Park. This year’s important topic – One Humanity – Shared Responsibility – focused on the great success not only of the global community but also of local individuals working hard every day to take steps towards a just world with universal human rights and gender equality – to name a few ambitious goals.

UNA-USA San Diego, which are advocating the work of the United Nations here in San Diego’s community and beyond, have been a valued partner of us, the German American Chamber of Commerce California, throughout the years, which is why we supported this year’s event with a generous donation. Of course, GACC California members and representatives were attending the celebration last weekend.

Among distinguished guests were Lakshmi Puri, UN Assistant Secretary – General & Deputy Director UN Women, who was speaking about the great achievements of women on an international scale, while also highlighting the need for more women involved in the global peacemaking process. She was awarded the Eleanor Roosevelt Human Rights Award. Two other leading female peacemakers who were each giving a very personal overview of occurrences in their countries, also stretching the struggle as a female and their aim for the empowerment of women in all aspects of life, were Hamsatu Allamin from Nigeria, as well as Fatma Mehdi Hassam from Western Sahara. Furthermore, Kathi Anderson, Co-Founder of the organization Survivors of Torture, International was among the inspiring speakers.

One Humanity – Shared Responsibility not only was the topic of this year’s celebration, but also a wake-up call and reminder for everyone in the community, that small, individual steps can have a great impact in the course of reaching the collective goal of a just, peaceful world with equal opportunities and mutual understanding. We, the people – as Bettina Hausmann emphasized – have a shared responsibility as one humanity.

GACC California thanks UNA-USA San Diego for their trusted partnership and invitation to their anniversary celebration.