Dr. Stephan Hollmann Appointed as Honorary Consul of the Federal Republic of Germany for San Diego 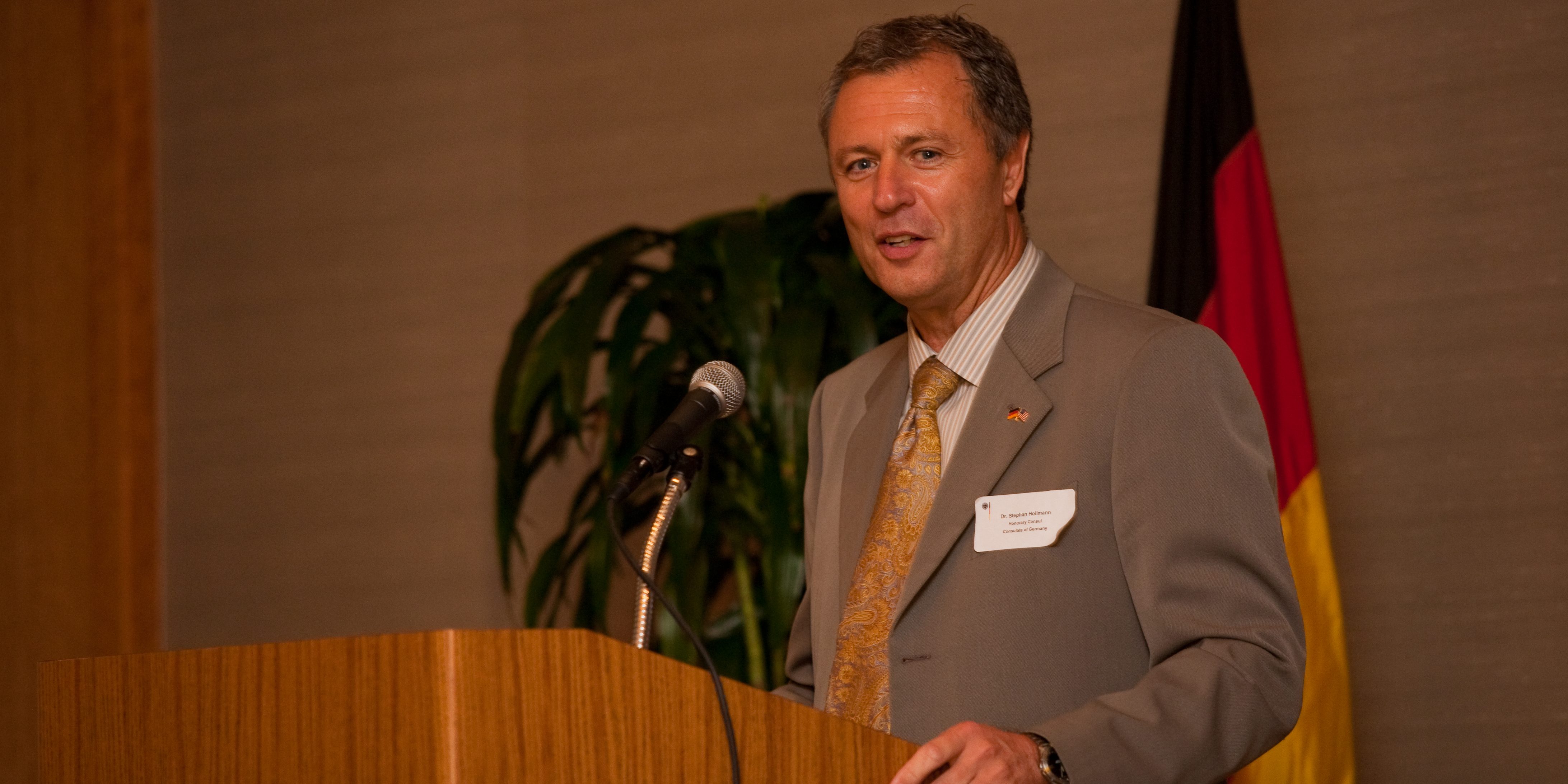 The inaugural reception was held on May 21, 2013 at the Westin in San Diego. The event was attended by a great variety.

Dr. Hollmann laid out his vision about how to foster German American relations as well as how to bring the German community closer together. “I am extremely honored by this appointment, and am especially pleased to be able to help open a whole new range of possibilities for exchange in commerce, science and culture between Germany and the United States”, he said. Consul General Wolfgang Drautz (Los Angeles) introduced the new Honorary Consul to the San Diego  community. He was accompanied by the head of the Consular Section, Mr. Ulrich Fischer, as well as the head of the Cultural and Press section, Mr. Michael Ott.

Dr. Hollmann, working closely with the Consulate General Los Angeles, also pledged to bring the various German initiatives and organizations closer together. “Joining forces when it comes to economic, educational and cultural topics is his goal” he said.