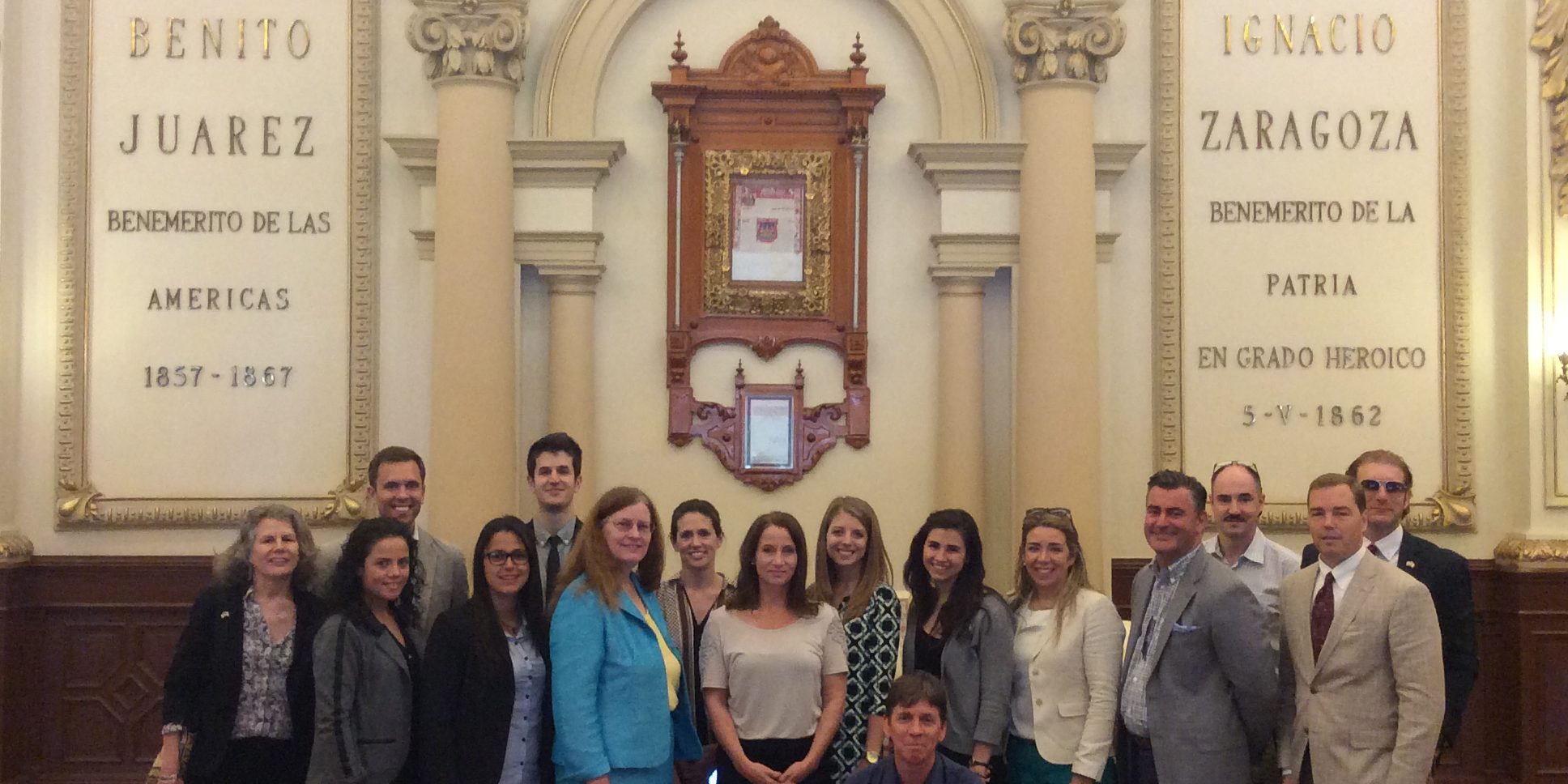 Peggy Fleming, President of GACC California, joined a U.S. Department of State delegation led by Robin Lerner, Deputy Assistant Secretary for Private Sector Exchange, to Mexico City from May 19-21, 2015 in relation to the Memorandum of Understanding (MOU), signed on March 16, 2015, to create a U.S.-Mexico internship program. Also in attendance were Amy Grier, Public Affairs, and Tameka Veasy, Cultural Affairs and Education, from the US Consulate General | Tijuana, BC.

Both countries are very eager to increase student mobility and bilateral academic exchanges with Mexico within the scope of the Bilateral Forum on Higher Education, Innovation and Research (FOBESII) and the Mexican government’s Proyecta 100,000 program.

As Peggy Fleming pointed out to Sergio Alcocer, Undersecretary for North America for Mexico’s Secretariat of Foreign Affairs, German companies in the U.S. are eager to take on students from Mexico as interns because German companies understand that the fight for talent has become global, and that Mexican students are extremely well educated and possess valuable skills. “German companies are very well aware that Mexico, just like Germany, practices and celebrates the so called dual system”, Fleming added. The ‘dual system’ is a combination of theory and practice, learning and working, and is recognized worldwide as a highly effective concept for vocational training. Going to Mexico, Fleming had in tow the commitment of 17 German companies in the United States to take on Mexican interns under the bilateral MOU. GACC California is a U.S. Department of State designated J-1 visa sponsor in the Intern and Trainee categories, and oversees foreign interns at more than 500 American companies including Merrill Lynch, DefJam, Scripps, Lufthansa, Kuehne und Nagel. Zeiss, IBM, Marriott, and many more.

Other meetings were held with representatives from the U.S. Embassy in Mexico City; the Mexican Ministries of Interior, Energy, Labor and Social Welfare and Education; the National Council of Science and Technology (CONACYT) and the National Migration Institute (INAMI), the National Conference of Governors (CONAGO), 50 Mexican universities and university and private sector associations, as well as with the American Chamber of Commerce of Mexico and the Mexico-United States Commission for Educational and Cultural Exchange (COMEXUS). For information on the trip and the Mexico – USA Program, contact Peggy Fleming at pfleming@gaccca.org.