Alvarez and Faulconer at Annual Board Meeting of WTC San Diego; Fleming Continuing to Serve as Board Member 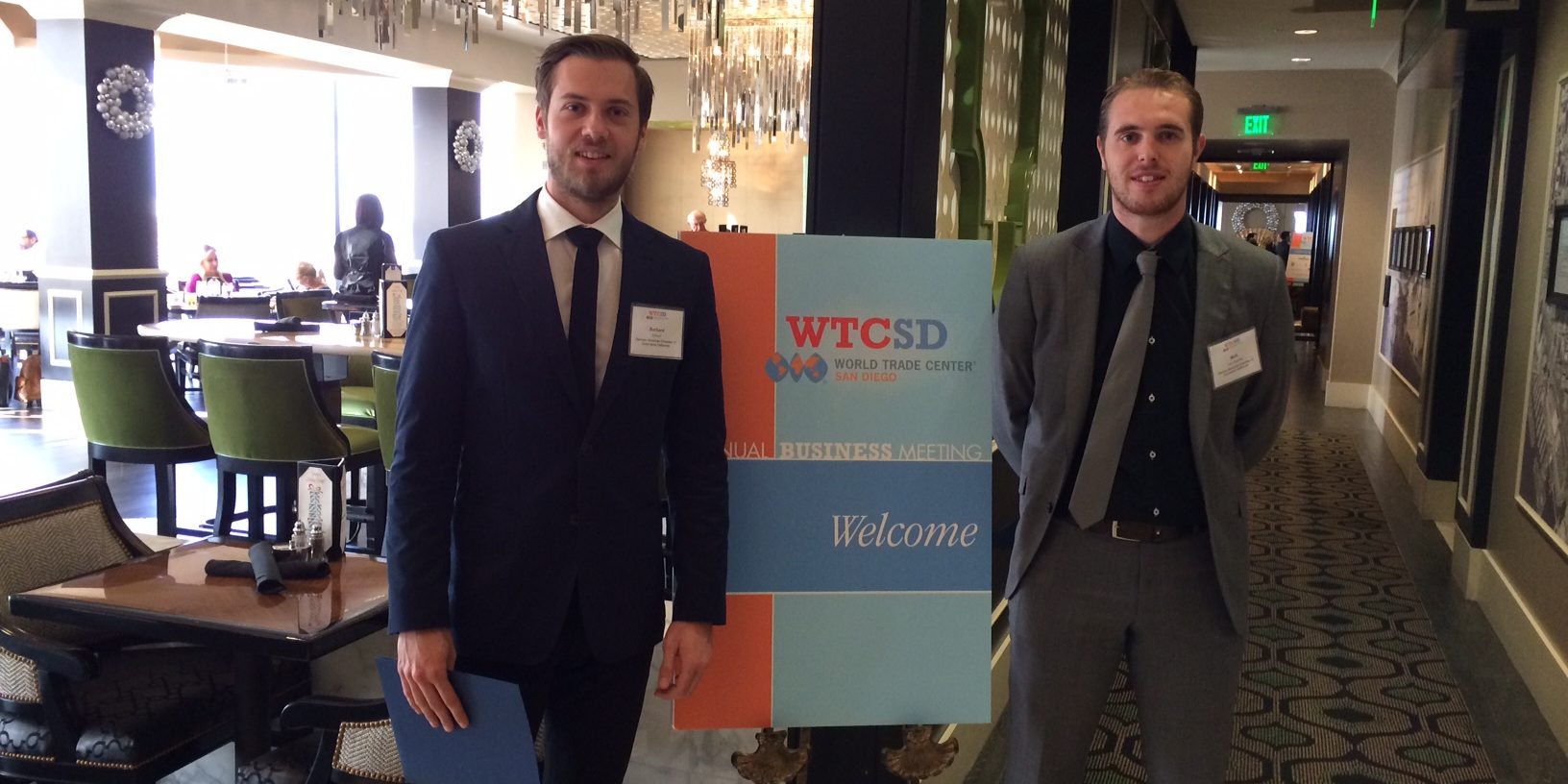 Mayoral candidates David Alvarez and Kevin Faulconer laid out their visions at one of the most important events of World Trade Center San Diego – the  Annual Business Meeting. The event was held at the beautiful University Club in Downtown San Diego. More than 200 people attended this event, ranging from CEO’s, politicians, members or interested party’s who want to become familiar with the work and future of the World Trade Center San Diego.

The event was opened with an introduction from Steve Austin, Chairman of the Board, and talked about the achievements of the last year. Mr. Austin also announced the new board members. Furthermore, Peggy Fleming, President of GACC California, will continue to serve as a Member of the Board of Directors of World Trade Center San Diego.

The WTCSD invited two City Council members, David Alvarez and Kevin Faulconer who are both running for Mayor. Both candidates had the opportunity to provide their perspective on San Diego’s international outlook on business and trade.

The WTCSD also announced that Samuel R. Kephart will serve as interim  Chief Executive Officer. Mr. Kephart outlined his vision and goals of the WTCSD. This was his second chance to present his ideas to a broad audience in just one week because earlier this week Sam was invited by local TV station KUSI.

After all these great presentations there was enough time to mingle and network, and enjoy a great breakfast.