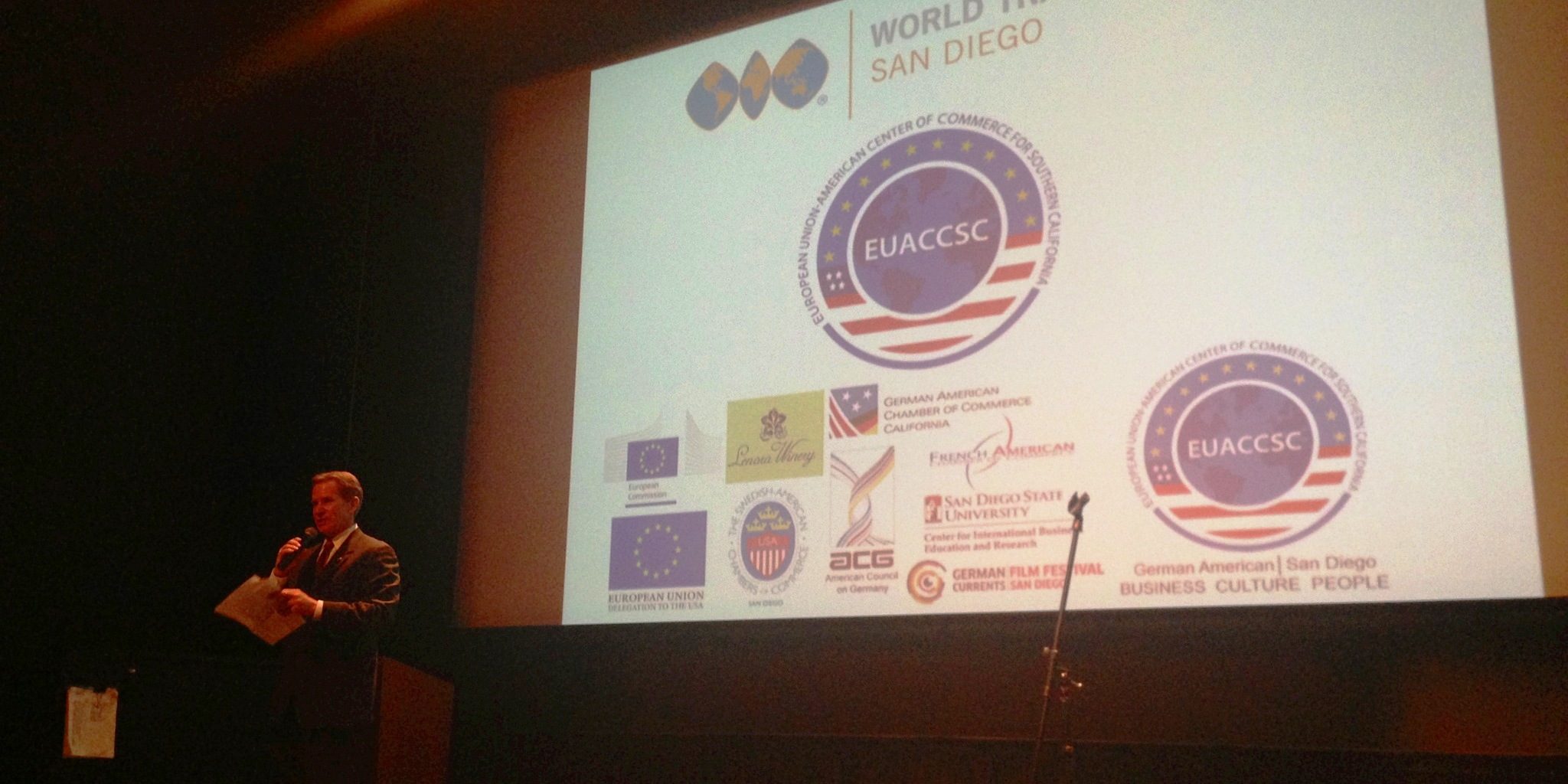 May 9th marks a day to celebrate the unity of Europe. The San Diego community celebrated with the initiation of the new European Division of the World Trade Center San Diego, the European Union American Center of Southern California.
The Europe Day celebration was hosted by the WTC San Diego and supported by the San Diego European American Chamber’s of Commerce. Steven Weathers, CEO and President of the World Trade Center San Diego introduced the French film, “The Intouchables”. The event was attended by over 200 people and was graciously sponsored by the European Commission.