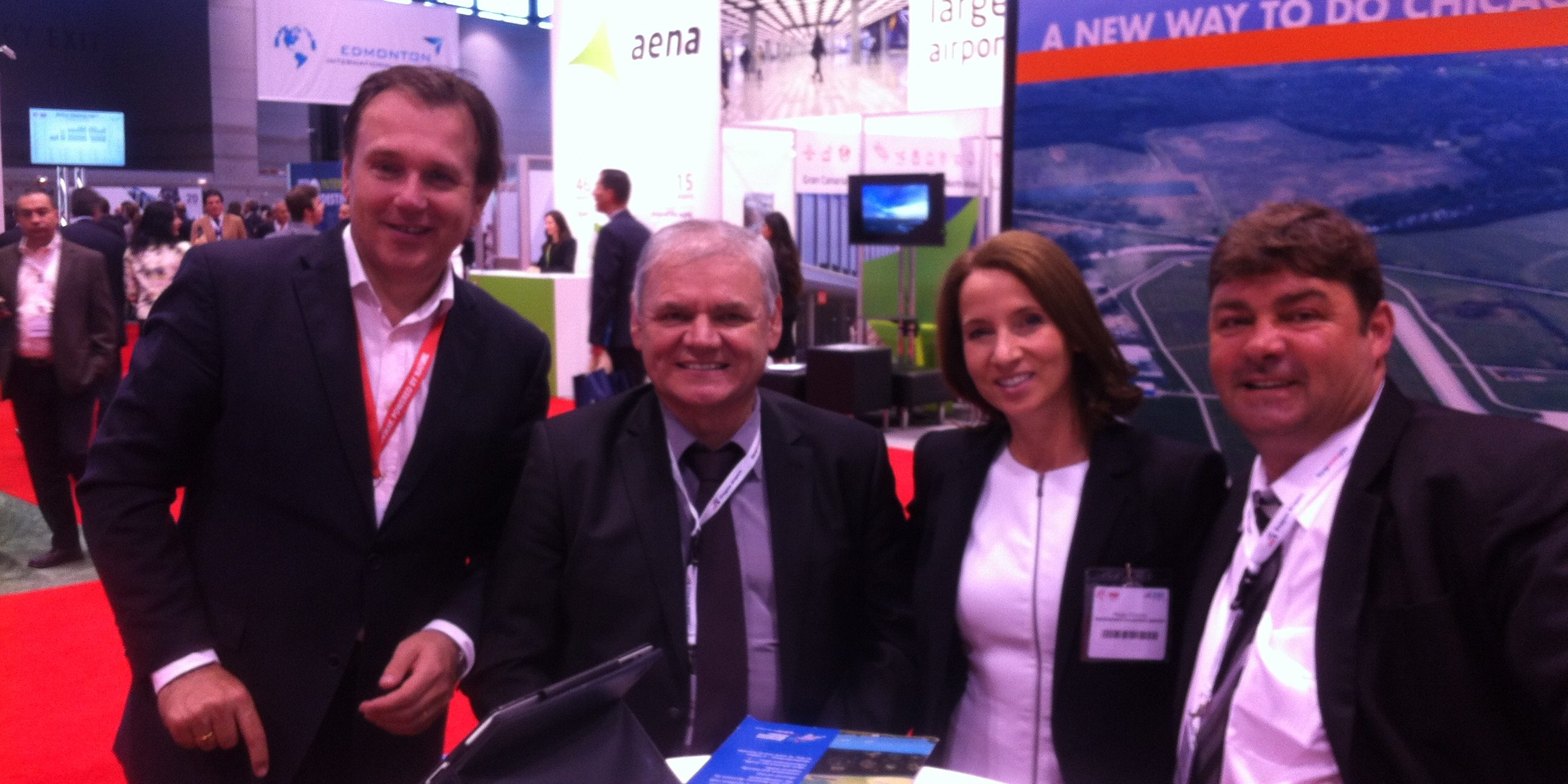 World Routes 2014 once again brought together the world’s aviation and airline route industry. Hosted by the Chicago Department of Aviation, World Routes 2014 took place at McCormick Place and ran for three days.

The team of Airport Magdeburg Cochstedt (including Chairman of the Board Dieter Vornhagen) and CLG together with Peggy Fleming, President of the German American Chamber of Commerce California, were among the 3,000 delegates, including representatives from 300 airlines and 800 airports.

Peggy Fleming: “ROUTES, yet again, was a wonderful opportunity to see that taking an aggressive and progressive approach to airfield campus development like Airport Magdeburg Cochstedt (CSO) can pay off. The one-on-one meetings clearly showed that. CSO is the only airport in the heart of Europe of such caliber that is completely privately held and operates with an unlimited 24h license with no restrictions. Furthermore, within the scope of The Transatlantic Trade and Investment Partnership (TTIP) Magdeburg Cochstedt is ideally positioned due to its revolutionary Doors to Door Cargo System. The Sky is the Limit!”