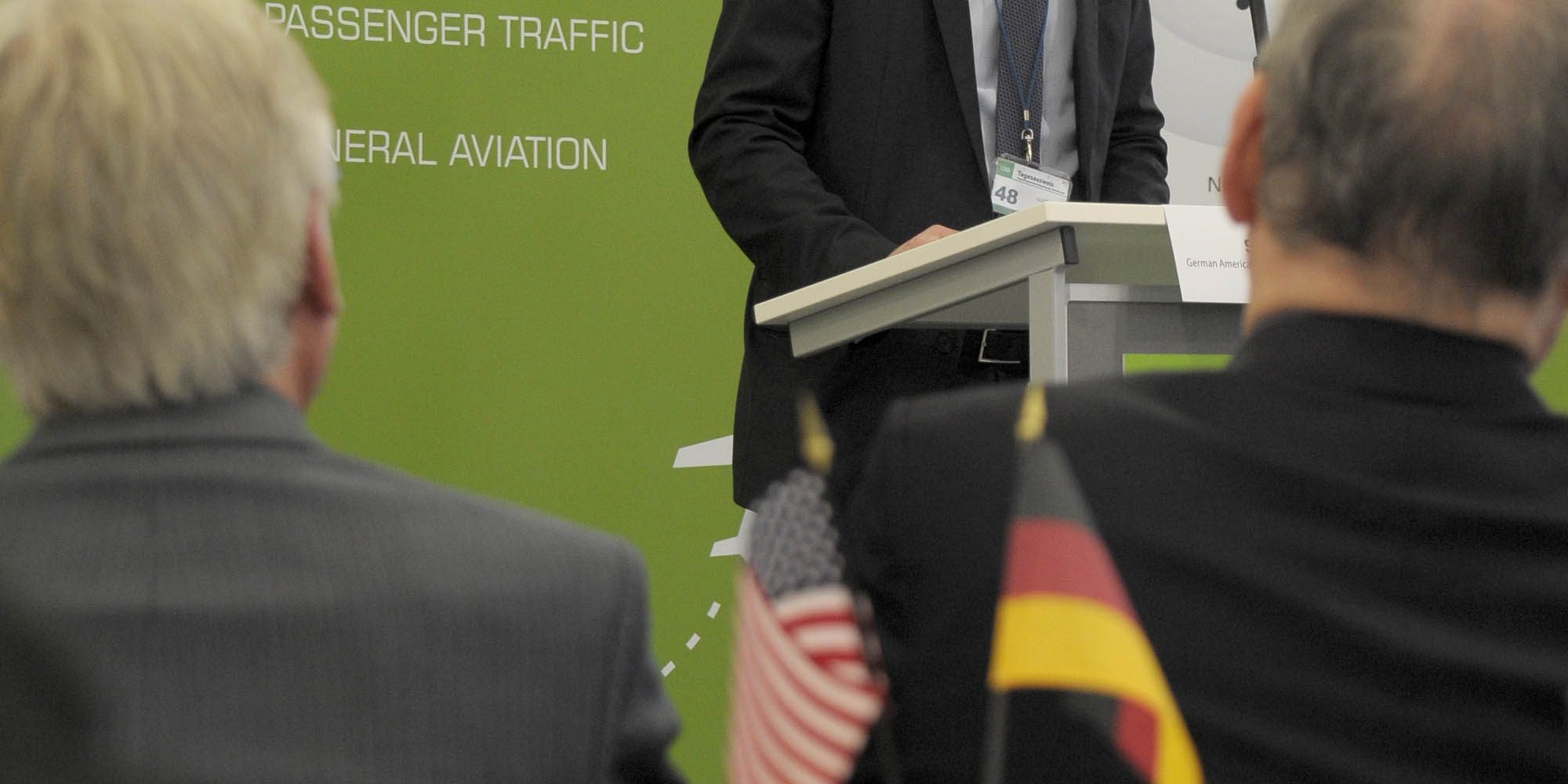 On November 21st 2013, the first logistic center of the Magdeburg/Cochstedt International Airport was ceremoniously opened with approximately 50 invited guests from the media, business and political sectors.  The guests were all welcomed by Uwe Hädicke, General Manager and CSO, who opened with in-depth information about the complex logistics, the future plans of the airport and introduced its first cooperating partners. Besides Minister of Science and Economics Saxony-Anhalt, Hartmut Möllring, and State Secretary Dr. Klaus Klang (Ministry of Regional Development and Transport Saxony-Anhalt), Steve Riedel, Vice President of the German American Chamber of Commerce California was invited to talk about the prospects of the German-American trade relationship for Cochstedt. He also emphasized the importance of future global connectivity for the state of Saxony-Anhalt and the entire region of Madgeburg.

In many individual discussions, one notably with private investor Mr. Sølbeck, Minister Möllring and MP Heike Brehmer the existing cooperation with the GACC California as well as a continued joint cooperation of all parties were reaffirmed. “Many really interesting ideas for significant future trade relations were developed and the GACC California successfully brought them into the conversation. An exciting future lies ahead for Cochstedt” says Steve Riedel about the successful event.

Following the center’s opening all guests were invited to visit the newly completed first cargo room and were able to take a look at the start-up of one of the most modern goods scanners in the world. In the spring of 2014 a larger cargo hall is to be commissioned and lay the future foundation for the cargo charter.