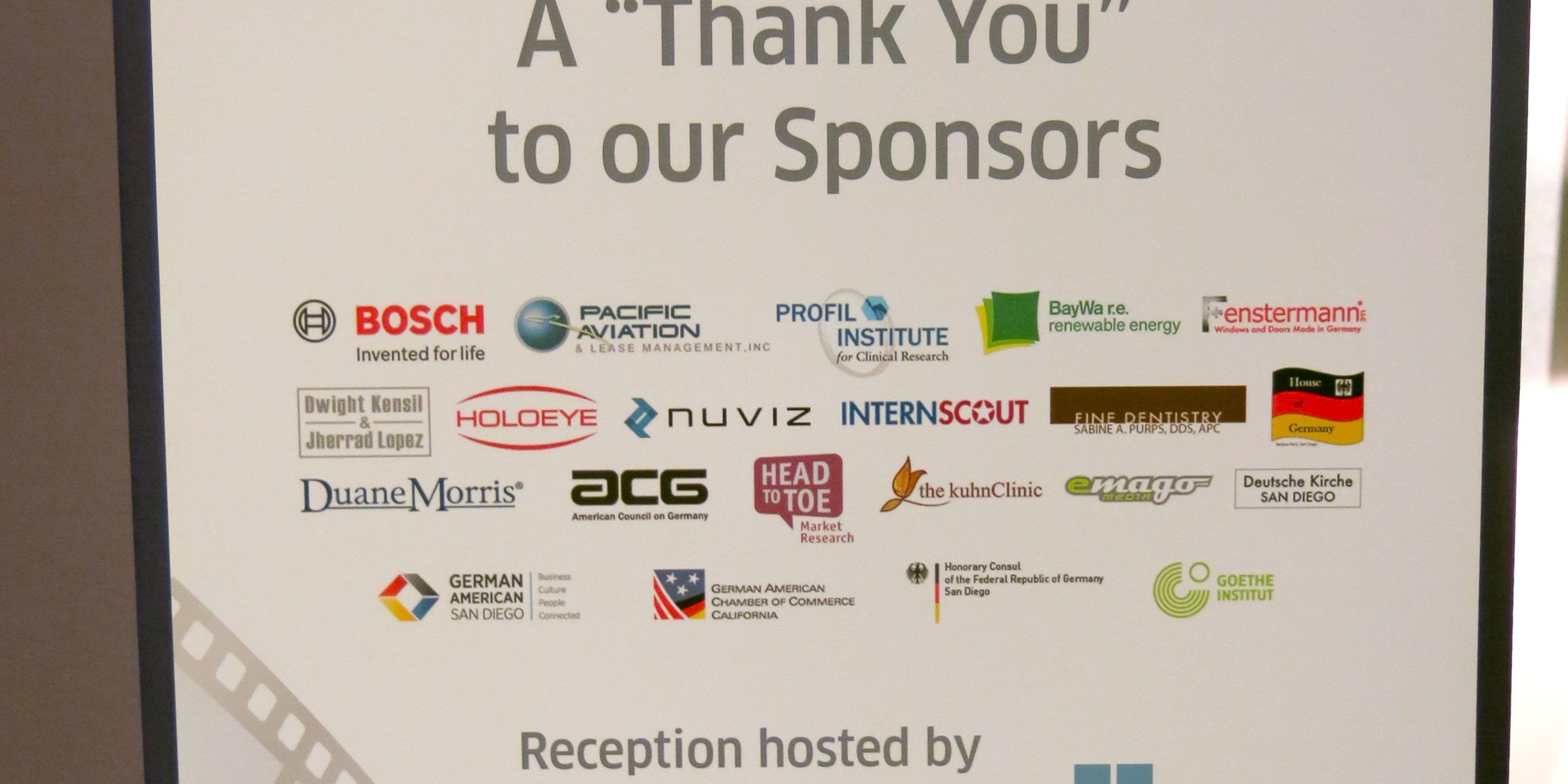 On Thursday, September 12, 2013 the Law Offices of Sullivan Hill hosted the German Film Festival sponsor’s reception and the German American Chamber of Commerce California is proud to be among the supports for this great Festival . Approximately 30 guests enjoyed wine and appetizers and were given a sneak peak of the selected films.

The director of the Film Festival, Angelika Villagrana opened the reception by thanking each sponsor individually and the Honorary Consul of the Republic of Germany, Dr. Stefan Hollman spoke about the initiatives and projects that the German American community are currently pursuing.

The German Film Festival will take place at the Museum of Photographic Arts (MOPA) on October 5 and 6, 2013, and is organized under the umbrella of the German American San Diego Foundation in partnership with the German American Chamber of Commerce California and the Goethe Institute.

For more information or to purchase tickets please visit the website: