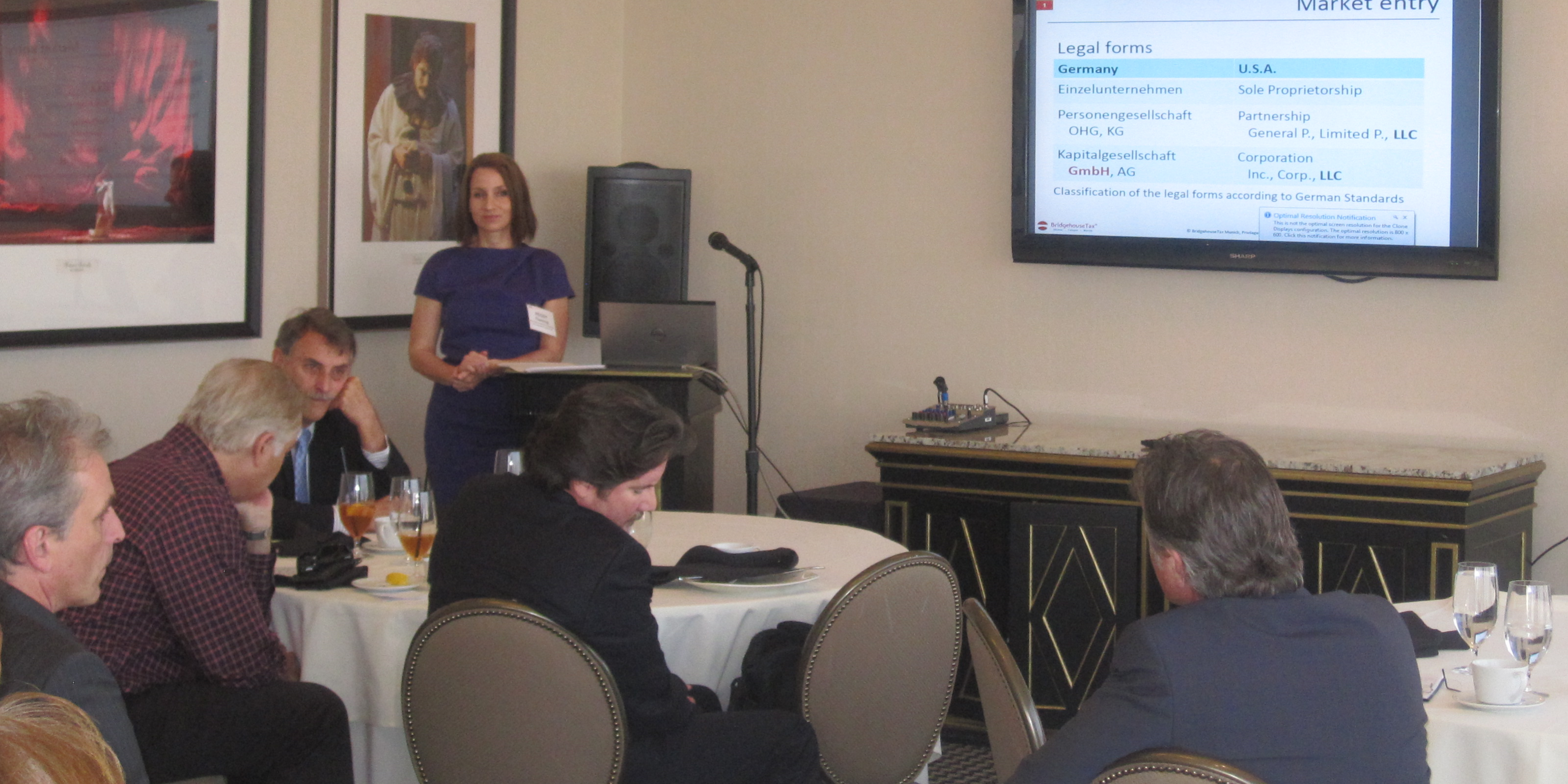 ‘Invest in Bavaria’ hosted a conference titled “Doing Business in Germany” with the goal of promoting foreign investment in Bavaria as one of the most powerful trade regions in Europe. San Diego company representatives and community leaders including the U.S. Department of Commerce visited the event organized by the World Trade Center San Diego. Right after two enthusiastic welcome speeches by Mark Ballam from World Trade Center and Peggy Fleming, President of German American Chamber of Commerce California, a panel discussion began. Lucie E. Merkle from Invest in Bavaria, San Francisco, kicked off by presenting business opportunities for U.S. companies in Germany. She focused especially on the attractive economic conditions in Bavaria and how she and her colleagues from the Bavarian U.S. Offices of Economic Development LLC can support companies on their way to the German market.

Due to different laws and regulations between Germany and the U.S. a business expansion to Germany should be planned carefully prior to market entry. Dr. Christoph Kuern from Kurn Beirschke Capital LLC gave an introduction into the German business law including its different legal entity types, social security system and labor laws. Even though most people consider Germany as a highly competitive country, Germany is also often perceived as a high-tax country. Joerg H. Kemkes, Managing Director at Bridgehouse Tax, underlined in his presentation that this is not the case. He pointed out that the tax burdens for companies have gone down considerably in the last couple of years. In addition, he gave practical tips to the audience on how to use the existing double taxation agreement effectively. The conference ended with a lively Q&A session moderated by Peggy Fleming from GACC California.

German American Chamber of Commerce California is more than happy to provide contact details of the speakers or copies of the presentations for those who were unable to attend or would like to follow up. Contact us at 619-7953270.