World Routes 2013 Taking Place in the U.S. for the First Time 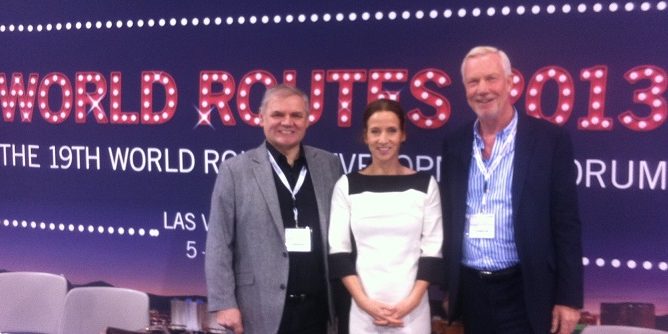 Las   Vegas, October 5-  October 8, 2013: Each year World Routes brings together airline executives and airport officials from all over the world. What’s new this year is that for the first time this high-profile convention took place in the U.S. Peggy Fleming, President of GACC California was one of the three thousand air industry leaders attending the event help promote new cargo business for Airport Magdeburg Cochstedt – one of the four airports in Germany with 24/7 service and no restrictions.

Airport representatives have twenty minutes to present details of what they can offer to airlines, carriers and logistics service providers. Approximately 150 meetings took place over the course of the conference.

“Las   Vegas, a city which has successfully invented itself again and again, and where tourism is the largest economic driver was an excellent and inspiring choice for World Routes” Fleming says. The next World Routes will take place in Chicago from September 20-24, 2014.